Click on MORE at the top of each page to access a drop down box that will link you to more pages of the Montana Megaliths.
​
We are finding evidence of epochs of several ancient world wide civilizations that are obviously highly technologically advanced. The majority of the stone beings and artifacts are evidence of human/avian/aquatic/draconian/insectasoid/robotic/ hybrids. The current human race on Planet Earth (the Five Fingered Ones) has not developed the capacity or the technology to understand our true history. We are working on it with open minds and hearts. 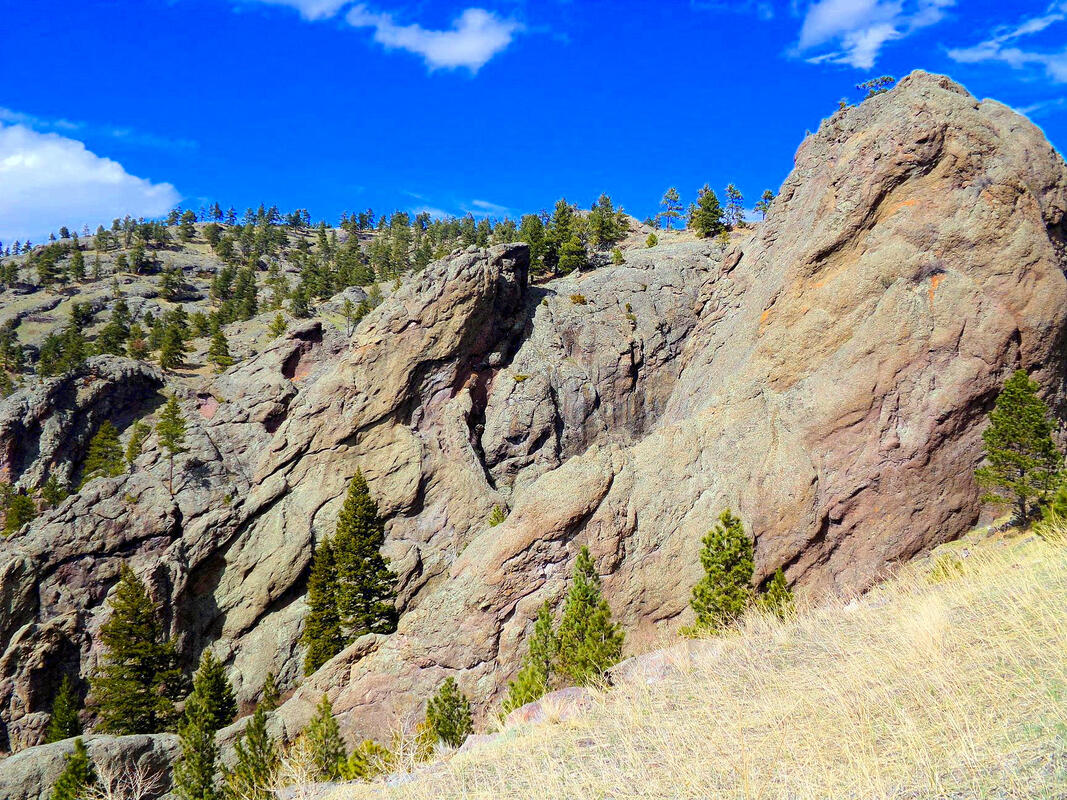 Standing at one vantage point an art installation with a 180 degree view is visible in multiple layers.
​
​The Dinosaur Argtino was named after Argentinosaurus, the largest dinosaur yet to be discovered. Similarities in the details are compelling. There is a raised circle around the right eye of  Argtino, a segmented raised band coming down the left side behind the eye and indented oval on the side of the face all of which are present on the Argentinosaurus Dinosaur. Inside the mouth of Argtino there are several teeth.
​
Biggest Dinosaur Ever! Argentinosaurus
https://www.youtube.com/watch?v=3QUK8gN1oSY&feature=share&fbclid=IwAR2bbRSibfSFT5wFUfB7muCP4d_kgIaMAsXJ-kDcenjapRZJLtkUH-9Xo3o
As seen from above, the left side of Saphira's head shows her two horns, a long straight neck with detailed vertebrae, and several eyes depending on which image you are viewing. I have outlined the largest head here. There are several smaller heads superimposed over Saphira.  The geopolymer wall which overlays the end of Dragon Saphira's snout was constructed later and forms the central wall connecting the two amphitheaters.
​​ 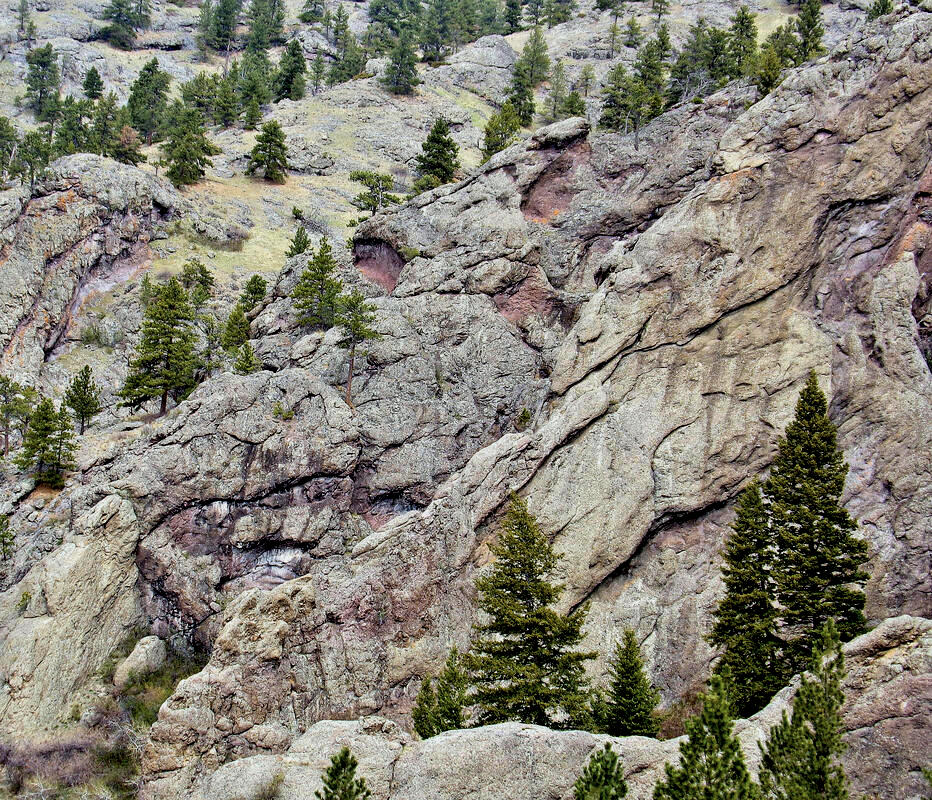 Dragon Ruby lying on her right side
Dragon Saphira in the foreground
​Next in line is the flash fossilized head of a giant eagle. The head of a perfectly fossilized dinosaur lines up next to two dragons. They are so close together that the three heads have been connected with geopolymer concrete walls by a later civilization.
​ 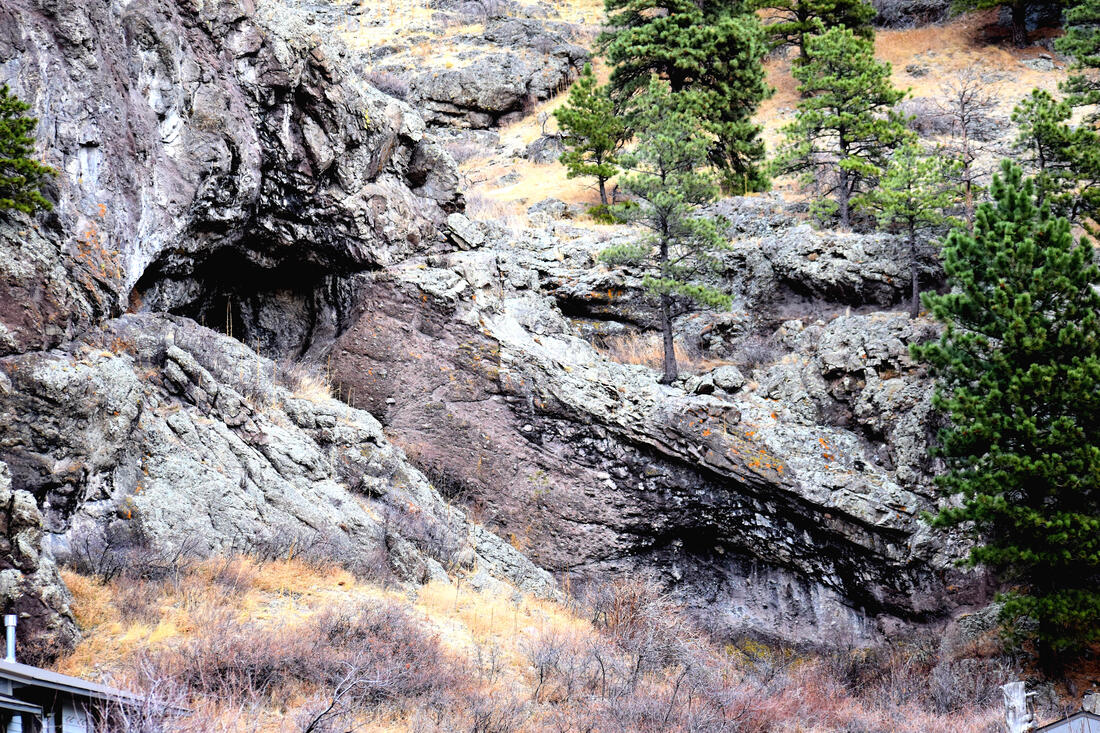 Compare the anatomy of the right eye of Dragon Madeleine with the anatomy of the eye chart point for point.  There are 22 points that exactly match.
A row of cervical vertebrae outlines the spine of Deano the Dragon. The head is slightly misplaced and no longer lines up with the neck vertebrae.  Several distinctive anatomically correctly positioned features are present including the left front segmented leg.

Standing at one vantage point an art installation with a 180 degree view
​is visible in multiple layers.
​
Several of these photos are repeated on the Montana Megaliths North page of this website with more details of the surrounding area.  My intention is to gather all the photos of dragons at the Montana Megaliths and post them in one place.
​
When I look into the eye of an ancient dragon, or lay in the tall grass listening the to flow of the river while my astral body flies upward, I sense the essence...the signature...the consciousnesses of a powerful Being. Although frozen in time these magnificent true-to-life fossilized biological entities were once alive and now we can scientifically prove it.
​
What did they think? What did they see? How did they conceptualize the events of their world? How did they relate to one another? 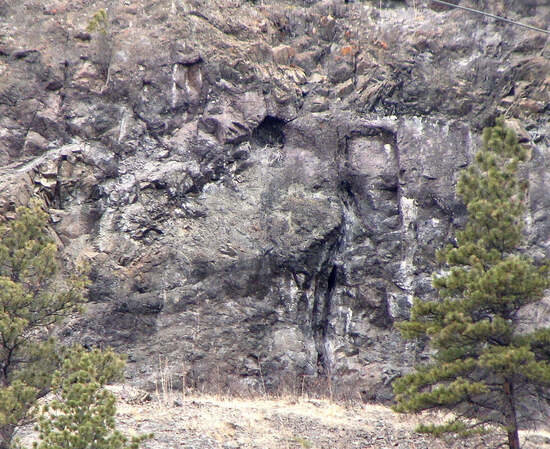 Draco and the Man in the Box
Hardy Bridge Complex
​ 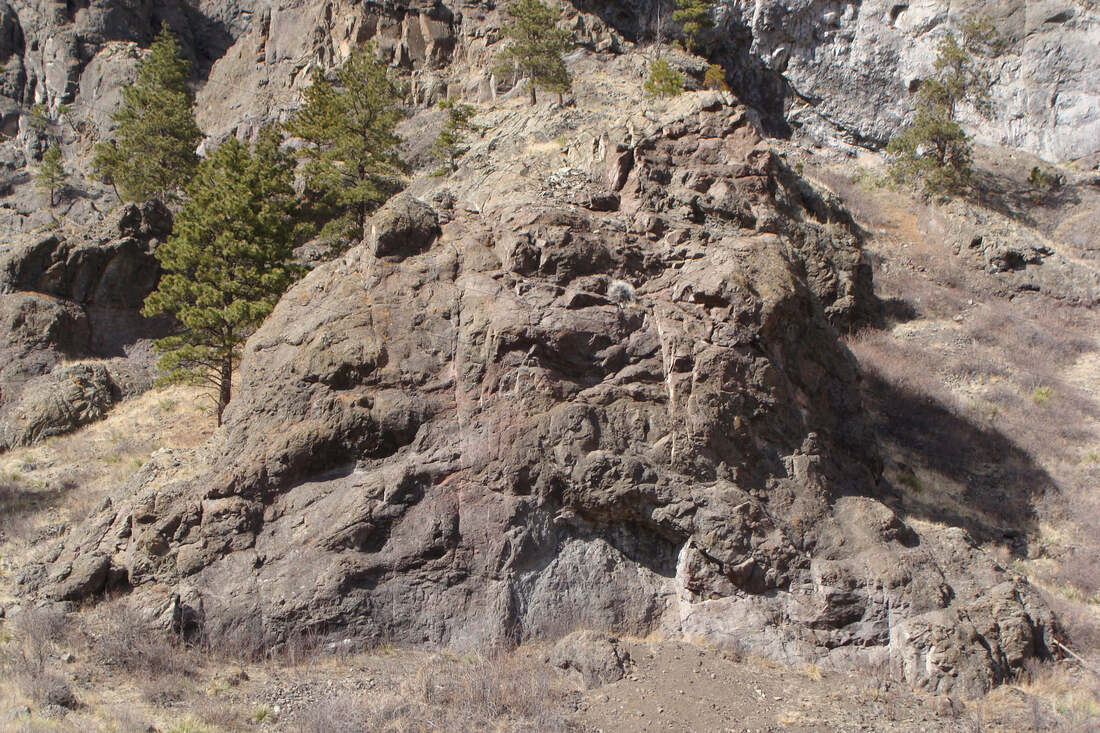 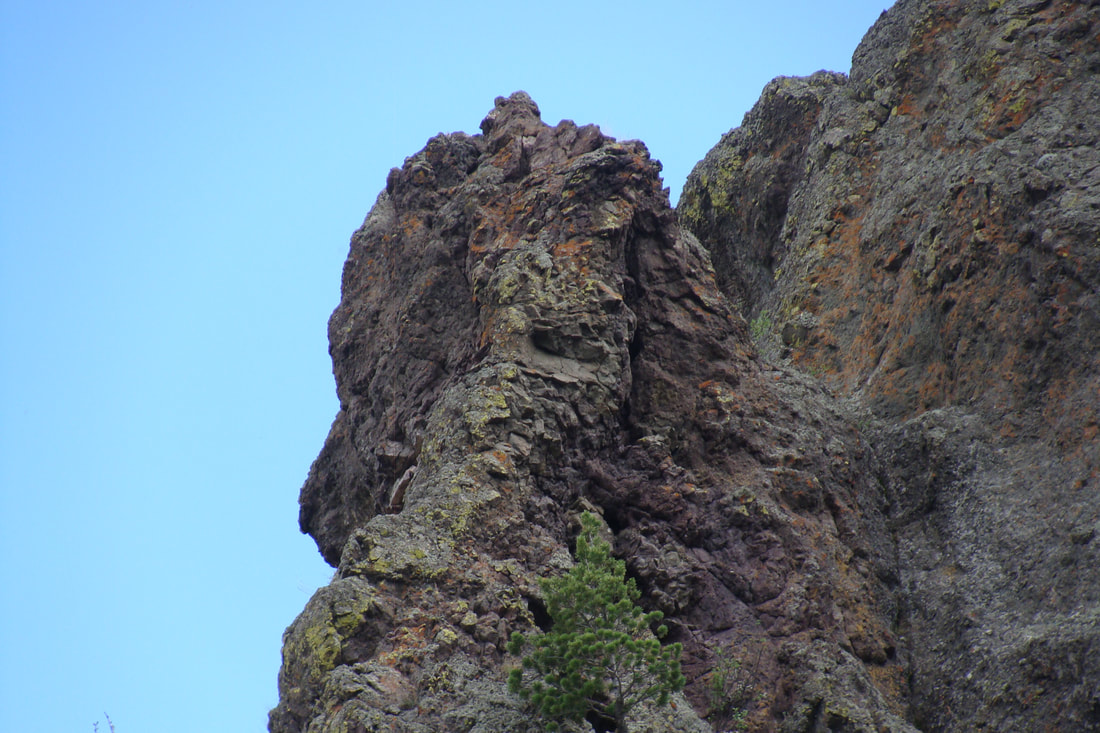 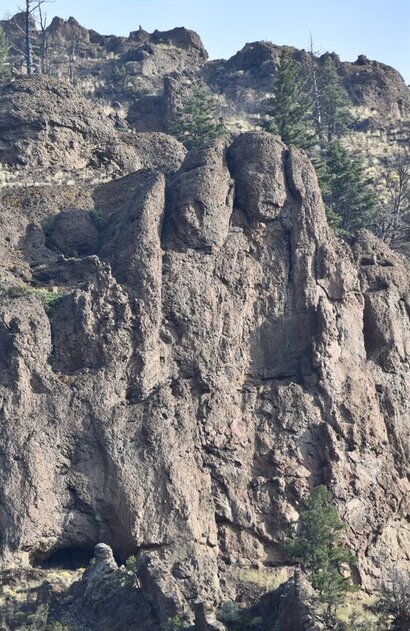 Thunder Lizard and Human
Shoshone Complex in Wyoming, USA
Photograph by Julie Ryder
I was also speechless and stared at this statue for a long time. I can't decide if it is a Thunder Lizard or an Insect/Ant Being. There is a segmented wing type feature on the left side.
​ 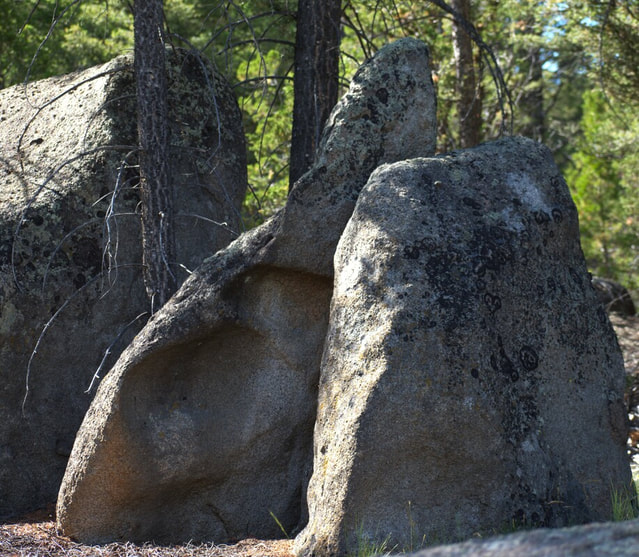 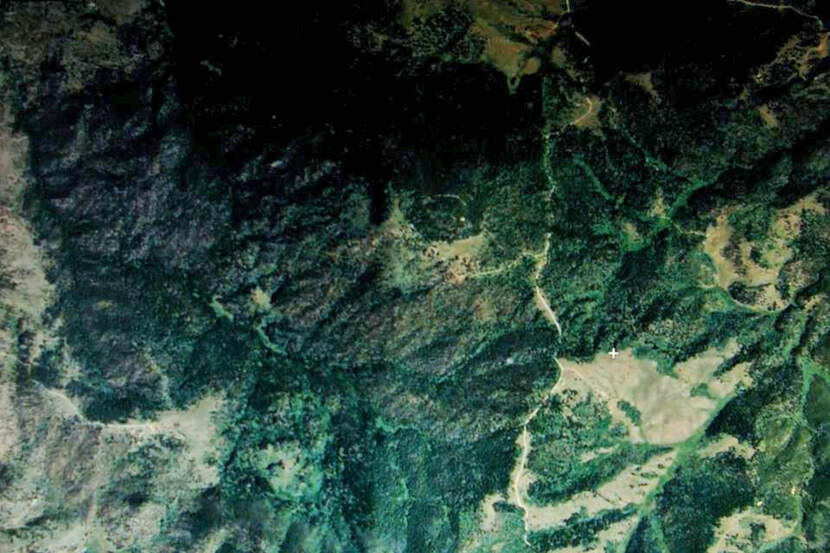 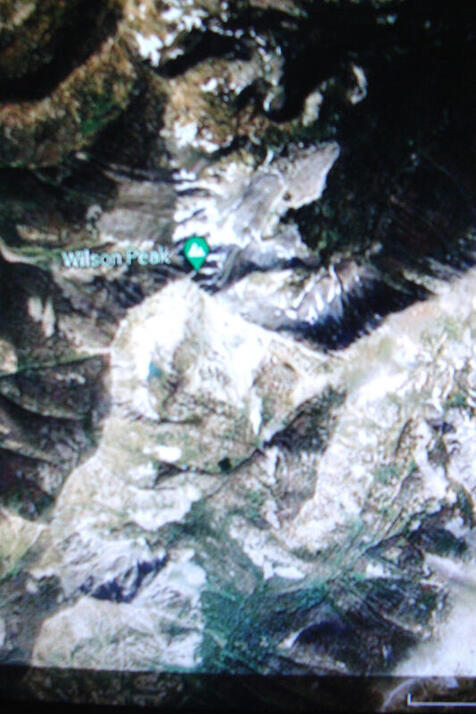